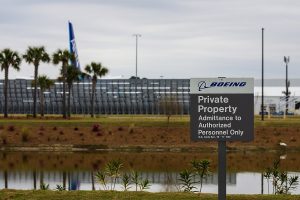 The IAM denounces this anti-worker ruling and vows to keep pushing an organizing effort at the campus in North Charleston, S.C.

“This decision is irresponsible and reckless. American workers are under attack from those who value corporations over working families,” according to the IAM’s statement. “We stand with the Flight Line and all workers at Boeing South Carolina and justice will prevail when their voices are recognized.”

.@NLRB’s decision to deny @Boeing South Carolina flight technicians from forming a union is simply wrong. I stand with the @MachinistsUnion in their ongoing fight to bring justice and collective bargaining rights to workers at the South Carolina facility.

75 people are talking about this

The NLRB’s decision comes weeks after a regional director concluded there’s merit to the IAM’s charges that Boeing South Carolina officials violated federal labor law when they fired the workers shortly after the union won a representation election there in 2018.

The director’s finding advances the cases to trial in front of an administrative law judge.